Fire Drills & Why do we do them?

Wherever you work in an office, shop, factory, hotel or any other building in fact, it is very likely that you will have taken part in a fire drill at some point. For most of us this is just a necessary distraction that we have to endure maybe once or twice a year. But how effective are they and how do you know if yours meets the standards required?

What is the legal basis?

Firstly, that’s a good question, because there are no legal standards. The snappily titled “Regulatory Reform (Fire Safety) Order 2005” is one of the least prescriptive items of safety legislation that we have and contains no guidance at all on fire drills (or very much on other fire safety matters) other than to say that arrangements must be to ensure that occupants can “evacuate the premises as quickly and as safely as possible”.

How quickly should you evacuate?

So when the alarm goes off, how quickly do you think you should be able to get out of the building to your Assembly Point? 1 minute? 2 minutes? 10 minutes? When the smoke starts to make you cough and you’re getting hot? 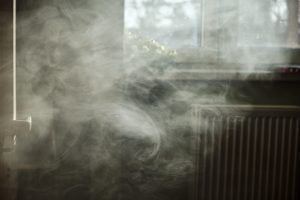 There are many videos on YouTube, posted by various fire safety organisations. This one shows how quickly fires can take hold and why you should be getting out fast; https://www.youtube.com/watch?v=t_eHBqVYa8A

This video is good as it demonstrates the surprising speed with which smoke fills an area and how it is of far greater danger than the flames at the start. If you want further proof, watch the fire at the Station Nightclub https://www.youtube.com/watch?v=bknYdprA9ug .

A fire evacuation exercise is always a good idea but how long should it take for staff to evacuate? The origins of the time guidelines for fire drills are quite interesting; the commonly accepted norm is within 2½ minutes for an average building, obviously not tower blocks or complex premises like hospitals, but where did this figure come from?

The history of the 2.5 minute fire drill

It all goes back to 1911 in Edinburgh at the Empire Palace Theatre. The final performance of the evening was by an illusionist called The Great Lafayette. He had laid out the stage with curtains and drapes for an Oriental setting. As the performance came to an end a stage lamp fell, setting fire to the scenery. The fire curtain came down and the audience was instructed to leave. The band played the National Anthem, as was the tradition at the time, helping to keep everyone calm.

In all, around 3000 people were able to exit the auditorium by the time the band finished playing, with no casualties – a time of 2½ minutes.

This was accepted as a good rule of thumb for evacuation and has been used ever since.

Unfortunately, behind the stage the fire raged and 11 theater staff lost their lives. The illusionist was also one of those to perish (or was he…..?!).